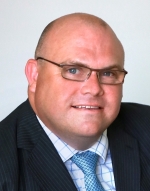 David is a solicitor and founding partner of RLegal Solicitors, having practiced immigration law since 1996. His expertise covers all aspects of business and private immigration work, specialising in Skilled Worker and sponsorship licensing, investor and business applications and complex family matters.

David spent 3 years attending court on a daily basis to represent clients who could not afford legal representation at the Immigration Advisory Service, the country’s largest immigration charity. He then moved into a “Big Five” firm where he focused on work, business and investment clients, including some of the world’s top companies.

He has published numerous articles, spoken at immigration and business seminars and appeared as an expert on national television. David provides training to solicitors and other practitioners on immigration matters and was an external assessor to the Home Office NAM project.

Legal 500: "David Robinson is an absolute goldmine of information on managed migration issues and has extraordinary resources which enable him to respond to even quite complex queries with remarkable speed." 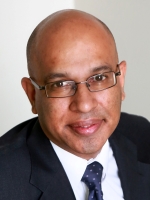 Evan is a solicitor and founding partner of RLegal Solicitors, having practiced immigration law since 1991. His expertise covers all aspects of corporate and private UK immigration work.

Evan presented cases at court on a daily basis at the Immigration Advisory Service for 5 years and was appointed as a manager of the organisation. He has also worked in the immigration team at Mishcon de Reya where he undertook both business and individual immigration related matters.

He is a past Assessor for the Immigration & Asylum Accreditation Scheme and member of the Law Society Immigration Law Panel for Solicitors.

Evan has written articles on immigration law for a number of journals, including Tolley’s Immigration Law and Practice. Evan provides training to solicitors and other practitioners on business immigration matters and was an external assessor to the Home Office NAM project.

Legal 500: "Evan Remedios is helpful from beginning to end and makes things clear and very simple." 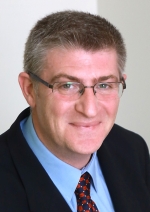 Julian is an highly experienced caseworker whose work covers the immigration law spectrum. Julian has a particular expertise in complex Tier 1 General, spouse and naturalisation matters and has developed a significant high net worth practice. He is renowned for his personal touch.

Prior to entering the legal profession, Julian worked for 18 years as a journalist and editor, experience which provided him with the perfect grounding for his assiduous attention to detail.

RLegal Solicitors is an established, niche law firm specialising in UK immigration and nationality law. We are regulated by the Solicitors Regulation Authority.

The firm was founded in 2002 by David Robinson and Evan Remedios, the partners. Evan has practiced immigration law since 1991 David since 1996.

RLegal has provided our Group with excellent legal advice for over a decade. Their service had been personal, detailed, timely, and, most importantly, has resulted in successful applications in every case undertaken.
Stephen M Tishler The Pacifico Group Limited

How to escalate delayed Skilled Worker, Sponsorship and other work route applications